How can we help you today?

ZilicusPM provides a separate report to aggregate project cost incurred for all tasks. The financial information is presented in similar manner as it is available at a task level.

One will notice, this view shows task list similar to those available along Gantt chart and thus this view is financial view for project task list and another one is for schedule 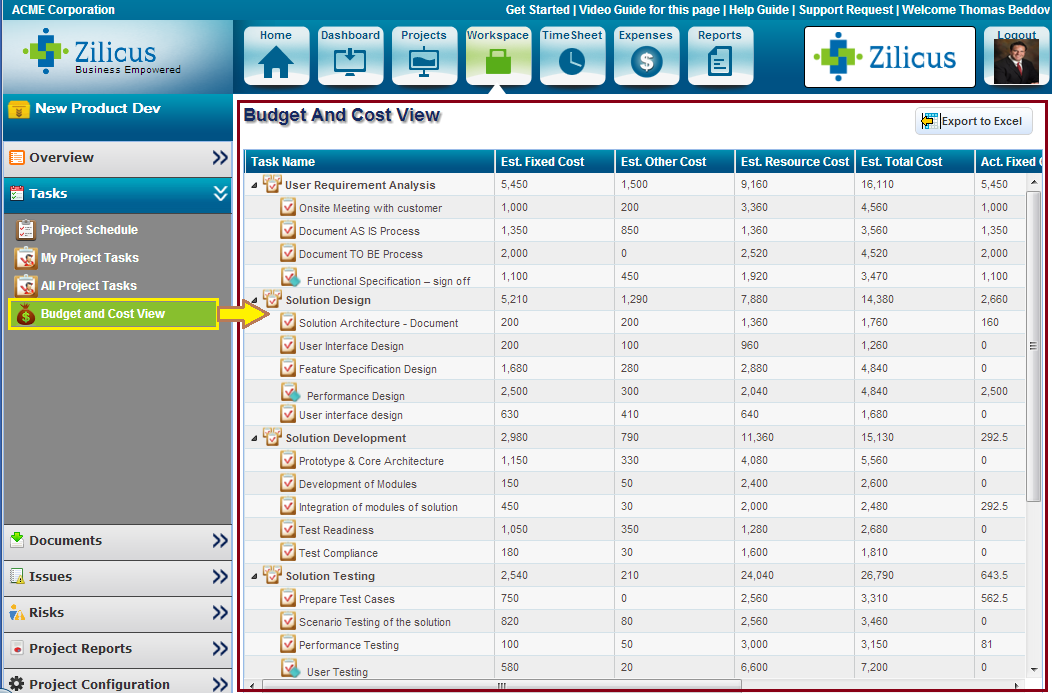 ECWS: Estimated Cost of Work Scheduled (similar to BCWS except instead of budget, estimated cost at task level is referred)

ECWP: Estimated Cost of Work Performed (similar to BCWP except instead of budget, estimated cost at task level is referred)

For more information regarding earned value management, refer this article.

This report can be exported to excel spread sheet as follows

Did you find it helpful? Yes No

Send feedback
Sorry we couldn't be helpful. Help us improve this article with your feedback.